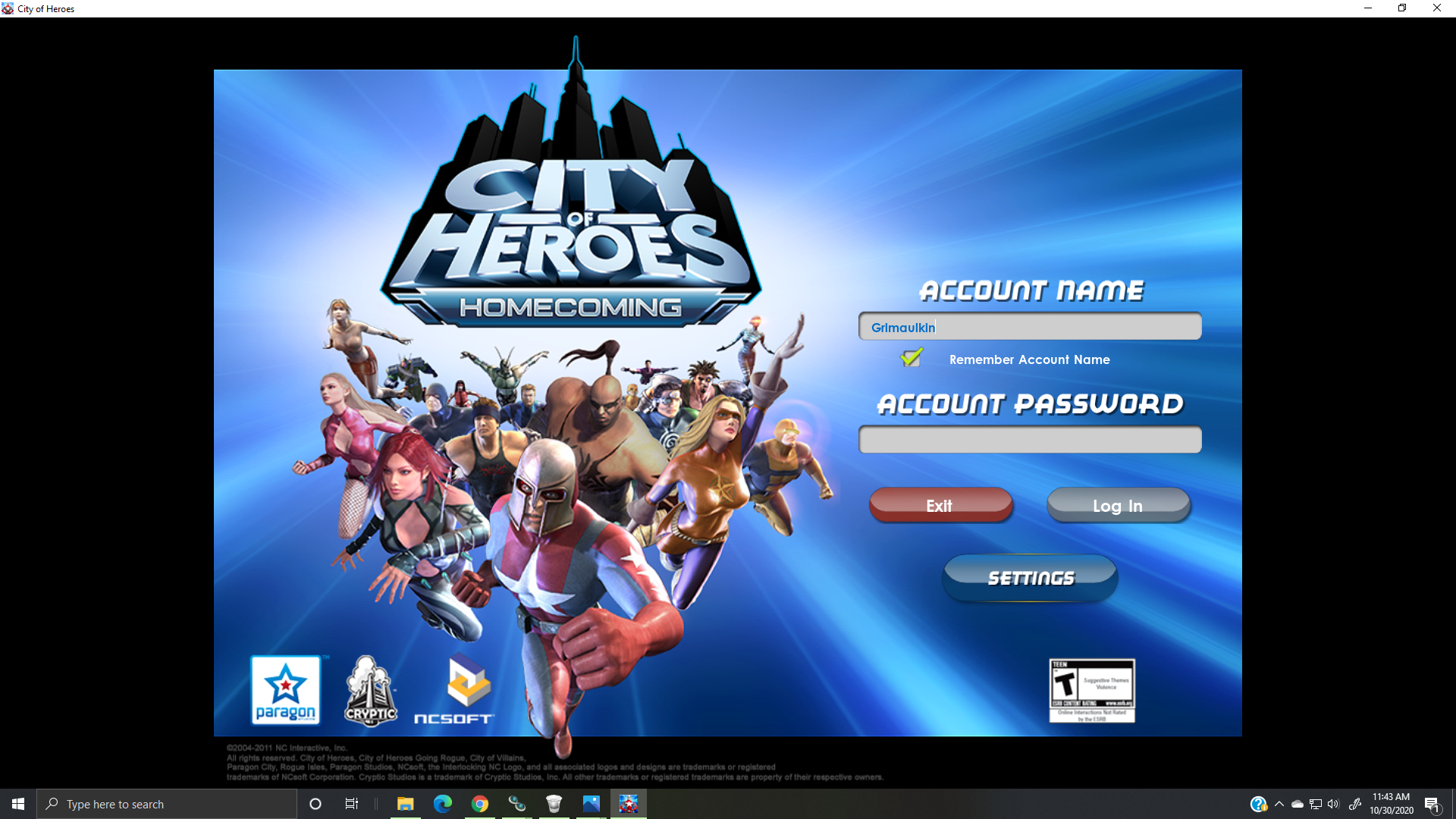 Heroes, Villains, and in between

I mostly play “bluesdie”, that is, the hero side of the game. That’s because most of the people who play this game play on the hero side. Red is the villain, which can be really rough to play, considering you’re a villain.

Finally, there’s “Gold”, which is Praetorian (in other words, the mirror dimension). Many people say that it’s the best content of the game. Gold can be a Loyalist (to the Praetorians) or Resistance (against the tyranny of Emperor Cole). You play in the shiny new city until level 20, then you have to choose whether you will be a hero or a villain. The Resistance fighters are the usual scrappy types with weapons that they scrounge from anywhere. In City of Heroes (blueside), you fight them during a Portal Incorporated arc with Tina McIntyre.

If you build a character blueside, you can go to redside as a “vigilante”, and vice-versa as a “rogue”. You get these by doing “tips” and choosing your own path. Or you can go to the club, named Pocket D, see Null the Gull and change your alignment that way. There are long ways and short ways to everything. Another example is the Midnighter’s Badge, which you need to get to Cimerora (an ancient Roman city). There are two ways to get the badge: the hard way, which is a series of missions; or the easy way, which is sneaking into the Night Ward’s Mansion.

There is a whole bunch of canon and lore, stories and arcs, that are constantly being updated and changed. You will hear people talk about “Live”, which is before November 2011, as if the present-day CoH is not “live”. In this system, Statesman, the main character of the City of Heroes, dies, and Khallisti Wharf exists as his memorial. These weren’t in the original storyline.

As you play the game, you level up, of course. You see a trainer to get to your next level and you will either get a new power or enhancement slots. Enhancements build up your power’s ability, be it accuracy, damage, length of hold, time cooling down, and the like.

There are so many Easter Eggs, badges, task forces, extra powers, and assorted events that I can’t go into here. There is a Paragon Wiki if you search for that, which will tell you everything you need to know.