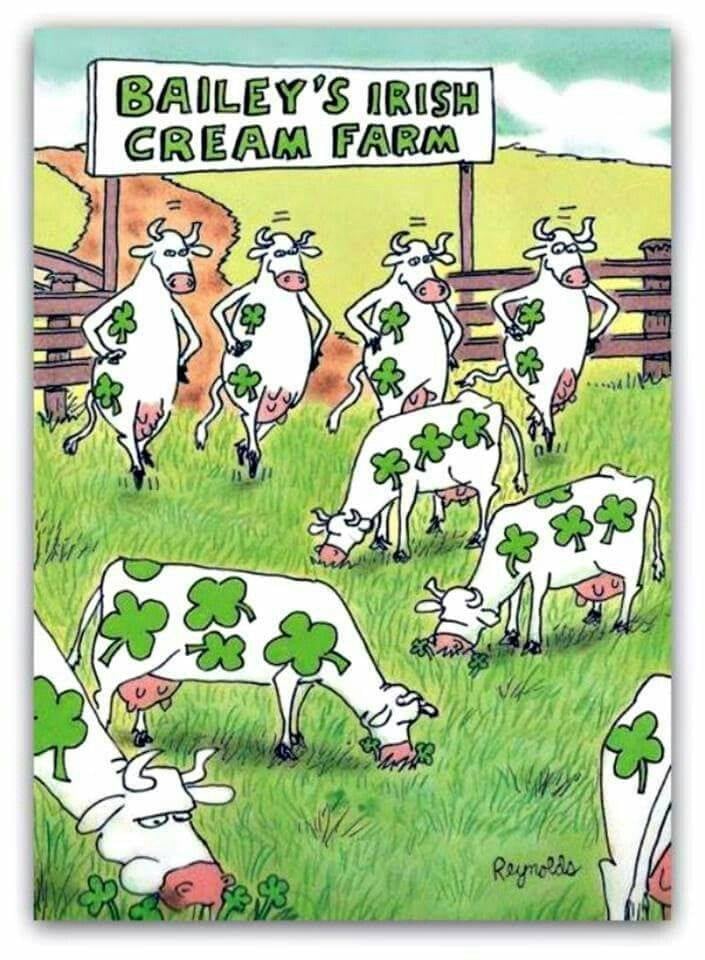 Someone banging on the truck woke Seagn up. “What?” she yelled, pulling the sheet over her head.

“Someone out here to see you,” called Moose.

She checked her phone. Six thirty, for God’s sake. “It better not be Webby,” she muttered. “Or I’ll be very disappointed.”

She pulled on clothes and opened the door. Moose stood at the base of the truck, and beyond him…

“Gray!” She jumped down and the older woman hugged Seagn, giving her a kiss on the cheek. Most of the group waved with a smile at her. Others looked like they needed a cup of coffee before becoming human.

“They didn’t make enough of them. Anyway!” Gray turned to Seagn. “We’re here to take you for breakfast.”

“Sounds like a great idea. We don’t open until ten.”

“In the trailer. I have to feed them first.”

Some of the women groaned. Gray waved a hand. “You don’t have to if you don’t want to. Why don’t you scope out a place that can take us all.”

“If he doesn’t mind being the girl.”

“Denny’s it is. The mom and pops won’t be able to take us all at once. Shaun, you can ride with me.”

Seagn stared at the bike. She gulped. “Do I have to?”

Moose said, “Then I’ll tell you. I’ve been trying to get her on the back of my bike for months.”

Gray laughed. “I’ll put a sissy bar on it. Katie? Can I borrow yours?”

“Sure, boss,” said a young woman with long blond hair and a squat body. She took out an electric screwdriver she had in her saddle bags and unscrewed the metal bar at the rear of her bike.

“So you mean to tell me that the only thing that’s going to be holding me on is a pair of screws?”

“And someone who’s been riding Softails longer than you’ve been alive.”

“What about the animals?”

“I’ll feed them,” Moose said. “We can all talk shop when you get back.”

“Don’t feed them too much. I don’t have a lot left and we’re going to be selling bags of feed. Check the water and bring out the troughs, and—”

Moose gave her a look. She felt that aura come up again.

“Okay,” he said, and headed to the trailer doors. The animals, hearing the commotion outside, were now awake and demanding.

“A cow!” cried Sheila, after hearing Bella moo. “You have a cow!”

“Later, girls, later,” said Gray. “Taurus is ready to tear off heads because we left without her coffee.”

Someone provided Seagn with a helmet. She looked confused until someone showed her how to put it on and switched on the microphone for her. They were on CB channel 22. Nobody used CB radio except truckers and enthusiasts, so the channel was clear. Seagn got a jacket and then climbed on the back of Gray’s bike, glad that it had a bar in the back she could lean against.

The gang of bikers all started up at roughly the same time, creating a roar that would have woken up anyone else in the area. They pulled out onto Route 6, heading east.

“So what’s this festival for?” asked Gray.

“Scallop au gratin,” said someone into her speaker.

“It’s just scallops in a red sauce over linguine.”

“Sounds too gross to me.”

“We’re going to stick around,” said Gray. “I love scallops.”

The group started talking scallops, then seafood, then fish. None of it was of any interest to Seagn as holding on for dear life was her only interest for the moment.

They pulled into the Denny’s parking lot, engines roaring, making people look in their direction. Seagn wasn’t sure if she was happy or concerned that she was being stared at. Gray had ridden at the speed limit, but that didn’t make her feel any better.

She got off the bike, shaking, struggling with the helmet, feeling claustrophobic and sealed in tight in the helmet. A woman undid it and she gasped.

“Takes some getting used to,” said Gray. “Helmets give us blind spots, but there laws in a lot of states, so we wear them by default. Plus you can’t hear anything once these monsters are let loose.”

Seagn nodded after getting her footing and her courage back. She was thinking about the ride back. There would be more traffic. It would be a lot busier.

Gray put her arm around her shoulder. “It’s not that bad.”

“I’ve been brought up that these are death machines.”

“Not if you know what you’re doing and aren’t cocky. You have to have respect for them. Those rice-burners, I have no respect for people who ride those speed bikes. Your friend, there, I have a lot of respect for him.”

“He’d be happy to hear you say that,” said Seagn, as they walked up to the front doors.

Twenty-two women in leathers, tanks, jeans, and jackboots all stepped into the empty Denny’s restaurant. Seagn was underdressed in a windbreaker and a t-shirt, jeans and sneakers. Gray stopped at the podium and waited.

“Don’t be giving us a hard time,” she said loud enough for people in the back to hear. “Or you’ll be losing some good tips.”

A brown-colored waitress came out. “How many?”

She looked around the corner in the empty section of the restaurant. “Give me a sec.” She went there, rearranged a couple of tables of eight, and one for seven.

Gray smiled at her as she guided the women to their seats. “Your name, sweetheart?”

Joy smiled. “Thanks. I’ll give you a few minutes.”

Gray took a seat that oversaw all the other women. Seagn sat to her left and another woman sat to her right. “Anything on the menu,” Gray said.

“Of course, coffee. Carafes even.” Gray turned to Seagn.

Seagn laughed and held up her hand, too.

Sheila said, “You both like getting the little teapots. Makes y’all feel special.”

Seagn placed her order and the women chattered about the weather, the ride from P-Town (Seagn wasn’t sure what that was), and eventually assholes of the road. Seagn kept quiet throughout, thinking about getting back on that machine. Would she throw up after getting off the bike?

“Penny for your thoughts, sweetheart?” Gray put her fork down.

“I’ll take it even slower.”

Gray patted her hand. “You need to get over your fear, or it’ll get the best of you. Sheila here, she was worried about getting her own bike, but now that she rides on her own, she’d never go back. Right?”

Sheila looked up from her food. She was called, but she didn’t know the question, Seagn could tell. Sheila smiled and gave them a thumbs-up.

A dictator does that, Seagn thought. Gray had these women wrapped around her gloved hand. That scared her more than the ride back.

What did I get myself involved with?

Seagn did not close her eyes on the way back, but held onto Gray’s waist with a death grip.  Her stomach settled when she got within sight of the carnival.

Moose had done more than just feed the animals. He groomed them as well. “I would have put them out but I don’t know how you have this set up,” he said when Seagn dismounted. Seagn’s heart swelled suddenly. She blinked at the feeling.

“Mind if we park behind your trailer?” Gray asked.

“Parking’s a premium at these things.” Gray motioned everyone to the area behind the trailer. All twenty of them fit there, parked like dominos, so close they looked like a stiff wind would topple them all over.

Seagn led out the animals, and some of the Sidewinders guided them to their pens. They loved the goats, just like everyone did, and hand-fed some of them while Seagn made up the feed bags for the kids. Some of the other women looked bored while the younger ones played with the animals before the opening.

As soon as the music started for the carousel, it meant the carnival was open. A few minutes after ten, people started streaming in. The Sidewinders headed out into the carnival to check out the rides and wares.

Seagn watched as men of all types gathered near the bikes to look them over. “Harleys do that,” said Taurus to Seagn.

“You’re not with everyone else?”

“Seen one carnival, seen ‘em all. I don’t like to leave the bikes alone.” She yelled at someone, “Hey, don’t touch.”

The three men gathered around jumped back as if whipped. Taurus only chuckled as the men walked away. “See how easy it is?”

“Train men. All you need is a loud commanding voice and they fall right into line.”

Seagn didn’t think Moose would obey that easily.  Maybe after some time had gone by, she wouldn’t necessarily “train” him, but they would respect each other. In her opinion, that’s what it came down to: respect.

She realized what she was thinking. About Moose. About staying with him.

But what about the animals? And Moose’s attitude when Beau left the company—she knew she wouldn’t be able to get him to leave now. Maybe when the season was done. She’d approach him. Later. Sometime…

“These ‘things’ are farm animals.”

“How much for the goat there?” He pointed at Bob.

She looked him up and down, assessing that he was a cook from one of the restaurants who had entered the competition. Maybe he was planning on adding Bob to his scallop dish.

“Definitely sure.” She’d have to lock the animals in the trailer at night. She didn’t trust the guy as he walked away.

She talked to Taurus during the day. In the conversation, she found out Taurus was called that instead of “Bull” which was too male for her. She didn’t hate men, she just didn’t find a need for them, even as sexual partners. That was all that Taurus would disclose about herself—not where she was from, who she was with, or why she joined the Sidewinders in the first place. She wouldn’t espouse about Gray and her iron control over the group; she said nothing bad about the gang.

It bothered Seagn, that nothing bad was with the gang. She had already made her decision not to join them, to be nomadic all the time. Where did they get the money to drive around? Did they have real jobs during the winter and just did this during the summer?