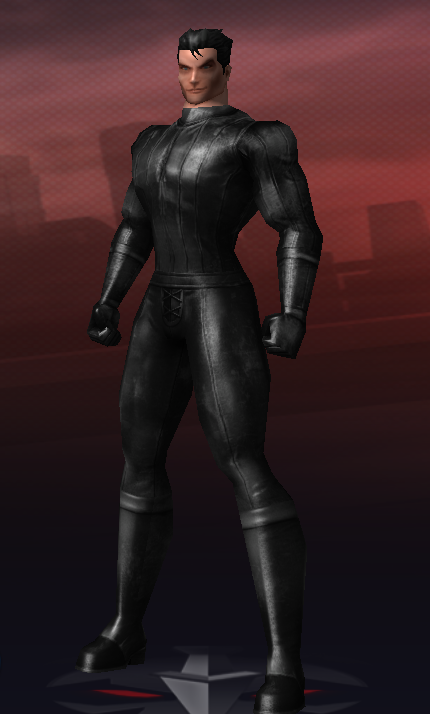 Blasters are notorious for being “glass cannons”. The idea with a blaster is to cause more damage than you get. It helps if you get some defense behind you.

Psycho Ninja is a throw-away character with no real backstory. But I’ve been having a lot of fun with him during the Halloween Event here in Paragon City. Whenever I hear the words, I think of “Psycho Killer” by the Talking Heads. The kicking animation for the character is a lot of fun to watch.

I suppose if I want to give him a backstory: he’s MA trained and originally from an asylum after he showed signs of Mentalism. The asylum closed due to lack of funds, and he was released because he wasn’t considered a danger. He moved to the Isles and made his trade there, but now he’s legal and all–and he has a passport to Paragon City.